8 actors who nearly played Doctor Who

Cue that iconic music because Doctor Who is back on our screens. With Peter Capaldi out, there’s a new Doctor and a whole new era as a woman takes over as the time-travelling troublemaker.

Broadchurch’s Jodie Whittaker is currently flying that big blue box to greatness, but what about the other famous faces who could’ve played the shapeshifting Time Lord? Here are 8 actors who nearly played the Doctor over the years.

One of the most unusual casting rumours to circle the TARDIS was the idea that Catherine Zeta-Jones would play a female regeneration of the Doctor. David Tennant was coming to the end of his contract and the usual flurry of big names reached fever pitch.

Russell T. Davis wanted to cast a fellow Welsh actor, and in 2005, told The Telegraph that Zeta-Jones was his top tip. Ultimately, the reins were handed over to Steven Moffat and fans will know that the slightly gawky Matt Smith took over next.

A Goldblumin’ marvellous idea would’ve seen Jeff Goldblum swap T-Rexes for aliens with Doctor Who’s '90s relaunch. These days, Goldblum is still a gem of Hollywood thanks to a career resurgence in the likes of Thor: Ragnarok and Jurassic World: Fallen Kingdom.

The casting of the Independence Day star never went further than a wishlist, although Goldblum was later offered a part as the Master in the TV movie -- it eventually went to Eric Roberts. 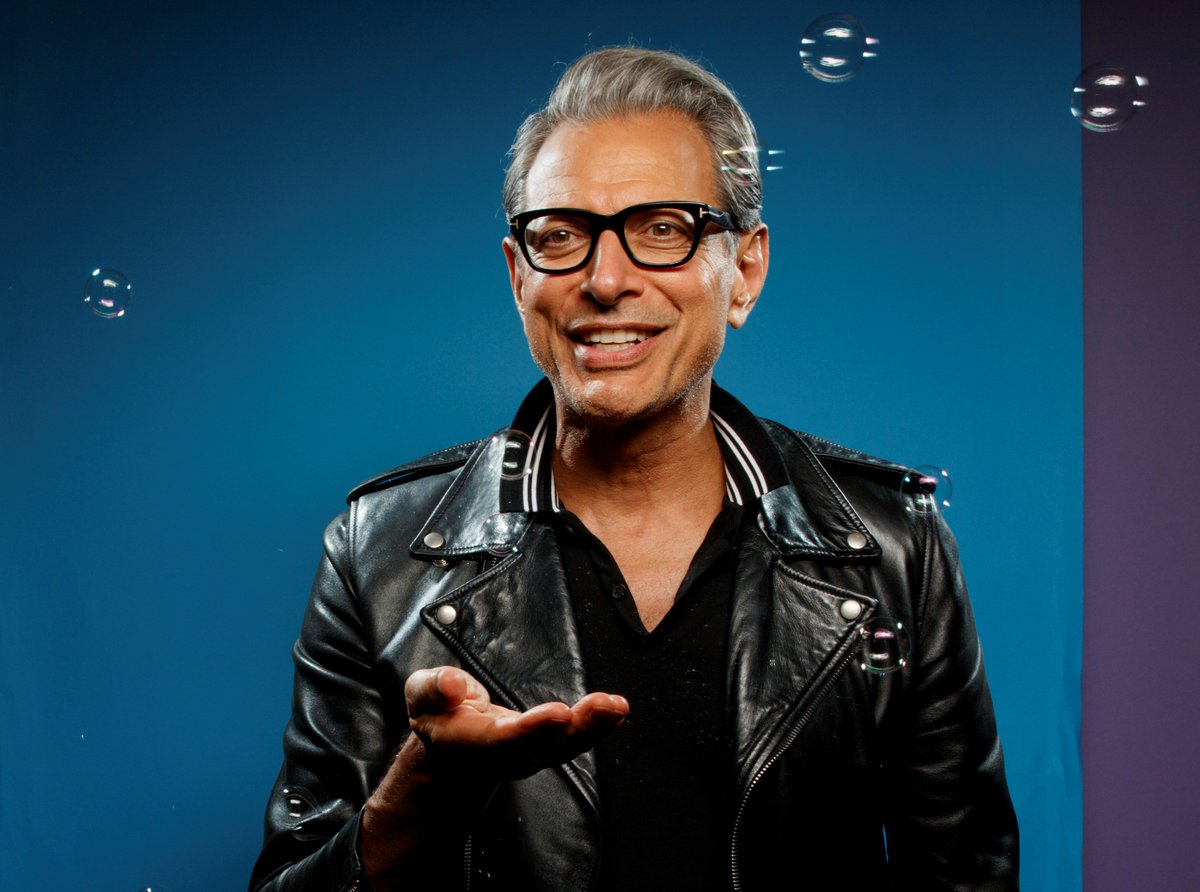 There was once rife speculation that Ab Fab's Jennifer Saunder would portray the first female Doctor, but long before that, co-star Joanna Lumley was also on the cards.

According to The Telegraph, Sydney Newman (who helped create the show) thought that the only way to save Doctor Who from its ratings slump was to see the main character regenerate into a woman.

The idea was promptly shut down by the BBC, but Whovians will know that Lumley went on to play a female version of the Doctor in 1999’s Comic Relief sketch. Although not in official canon, Lumley played the Thirteenth Doctor in The Curse of Fatal Death.

Before he was ruling the Seven Seas as Davy Jones, Bill Nighy could’ve hopped in the blue box and been the Doctor. Always a gentleman, Nighy won’t reveal which era of the Doctor he was supposed to play out of respect to the man who got the role.

Nighy told The Express that he rejected Doctor Who because he didn’t want the baggage that came with it. Although he has had starring roles in plenty of TV shows and movies, Nighy claimed that the fame of playing the Doctor would’ve been too much.

With his booming voice and larger than life persona, it’s easy to see why Brian Blessed was once linked to play the Doctor. The 82-year-old has frequently spoken about being offered the role as the Second Doctor, however, he famously dropped out due to scheduling conflicts.

Although Blessed didn’t get to put his own spin on the character, he later appeared as King Yrcanos in Colin Baker’s Trial of the Time Lord serial. 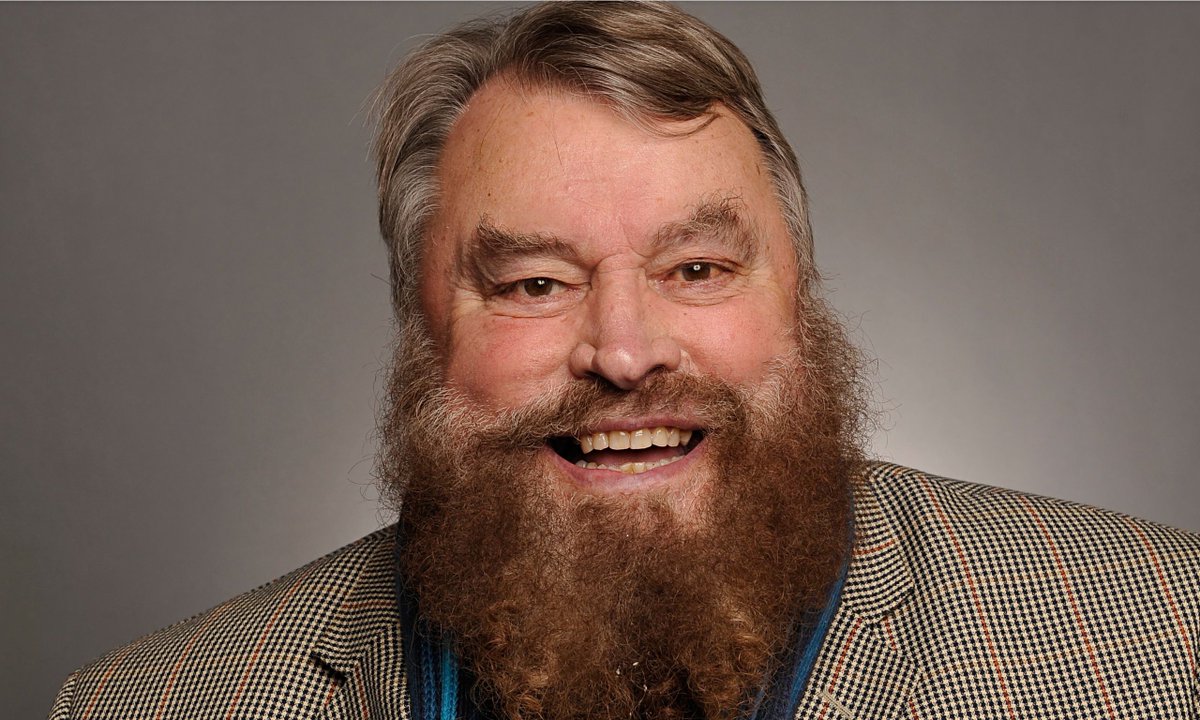 Peter Capaldi isn’t the only gruff Scotsman linked to playing the Doctor. When the BBC was looking at the Paul McGann-led TV movie from 1996, the crass comedian was shortlisted to step inside the TARDIS.

Speaking to The Scotsman, Connolly revealed he would’ve given a much angrier portrayal of the Doctor. He admits that he was only told after McGann had been hired, but confessed, “I would have loved it. I'd have taken it."

Just when you think you’ve heard them all, what about Michael Jackson moonwalking his way to Gallifrey? In the late ‘80s, The Times reports that Paramount Pictures wanted a feature-length movie based on Doctor Who and eyed the King of Pop for a substantial role.

Although it has never been officially confirmed that the studio wanted Jacko to play the Doctor, enough speculation and hunting over the years has led fandom to this conclusion.

Jackson was at the height of his acting fame after Moonwalker, but if he’d passed on the part, Paramount was reportedly going to turn to Bill Cosby next -- and you thought hovering Daleks were weird.

Next Doctor Who odds

Next Doctor Who odds

The most watched series of the decade comes to a conclusion this year, with the final season of Game of Thrones airing on the 14th of April (15th for us in the UK) across 6 episodes,…

'They all came out to win': Everything you need to know about All Together Now Celebrities
By Vickie Scullard

This year’s surprise hit TV show All Together Now is back—starting with an all-star celebrity version for Christmas. And one of the returning judges in The 100, Christopher…

Doctor Who: 8 of the best Matt Smith episodes
By Tom Chapman

We’re hopping back in the TARDIS to chart another era of Doctor Who. The BBC’s long-running sci-fi series has had plenty of stars take up the titular role over the years,…

The winds of winter are blowing as HBO brings Game of Thrones to an end in 2019. Seven seasons of the Seven Kingdoms have gifted us some brilliant performances from some of the best…

The latest Doctor Who series has come to a conclusion, with many fans loving the new change in direction for the BBC programme, which saw Jodie Whittaker take the title role. While…

10 famous faces that appeared in Doctor Who
By Tom Chapman

These days, it isn’t just the likes of Jodie Whittaker, Peter Capaldi, Matt Smith, David Tennant, and Christopher Eccleston who hog the limelight of Doctor Who. The long-running…

10 best Doctor Who companions of all time
By Tom Chapman

As Jodie Whittaker makes history as the first (technically) female iteration of Doctor Who, another eclectic cast of companions joins the Doctor on a trip through the cosmos. The Chase’s…

HBO epic Game of Thrones is known for turning George RR Martin’s cast of colourful characters into their screen counterparts. While the likes of Jon Snow, Daenerys Targaryen,…

10 scariest Doctor Who baddies of all time
By Tom Chapman

Doctor Who will always been remembered as a teatime terror that can scare adults and children alike. With the Doctor hurling around the cosmos in the TARDIS since 1963, we've met…

The hotly-anticipated adaption of Agatha Christie’s ABC Murders will air this Christmas, the BBC has revealed. John Malkovich leads the star-studded cast in the hour-long drama…

With HBO beautifully adapting George R.R. Martin’s world of Westeros for Game of Thrones, fans have enjoyed seven swashbuckling seasons of bloody wedding and beheadings. While…

‘The Circle was better than therapy’: Freddie Bentley on life after the Channel 4 show
By Vickie Scullard

Love him or hate him, you can’t deny Freddie Bentley made the biggest impact on The Circle. From the moment he entered his swanky apartment, the 21-year-old took no prisoners,…

Doctor Who review: It Takes You Away 'a series highlight'
By Dave Sewell

For the second week running Doctor started off with plenty of horror, only to veer off in a completely different direction. This time, though, it worked—thanks to a story that…

A model who describes herself as the "most eligible bachelorette" after three divorces is hoping to find the man of her dreams on First Dates. Chrissie Wunna, 37, admits…

The wide world of Westeros is kept alive by fandom and the various theories on where Game of Thrones will go in Season 8. With only six episodes left, there are sure to be some leftover…