There’s plenty of decent drama on at the moment but still the news of Line of Duty’s return is music to our ears.

And show bosses have started the ball rolling with a bombshell—Stephen Graham’s character John Corbett has been confirmed as being the mysterious killer with a baseball bat known as 'balaclava man'.

Corbett and McQueen, known to have links with corrupt police officers and suspected to be under direct command of the shadowy figure known only as 'H', become persons of interest to AC-12.

Graham said: "It's an honour to have been asked to be part of the Line Of Duty team. I’m especially looking forward to working with Martin Compston and Vicky McClure again."

He said: "After the hysteria surrounding Bodyguard, it's a relief to be back in the day job. I'm delighted to be working with the old gang and welcoming our brilliant newcomers led by Stephen Graham and Rochenda Sandall." 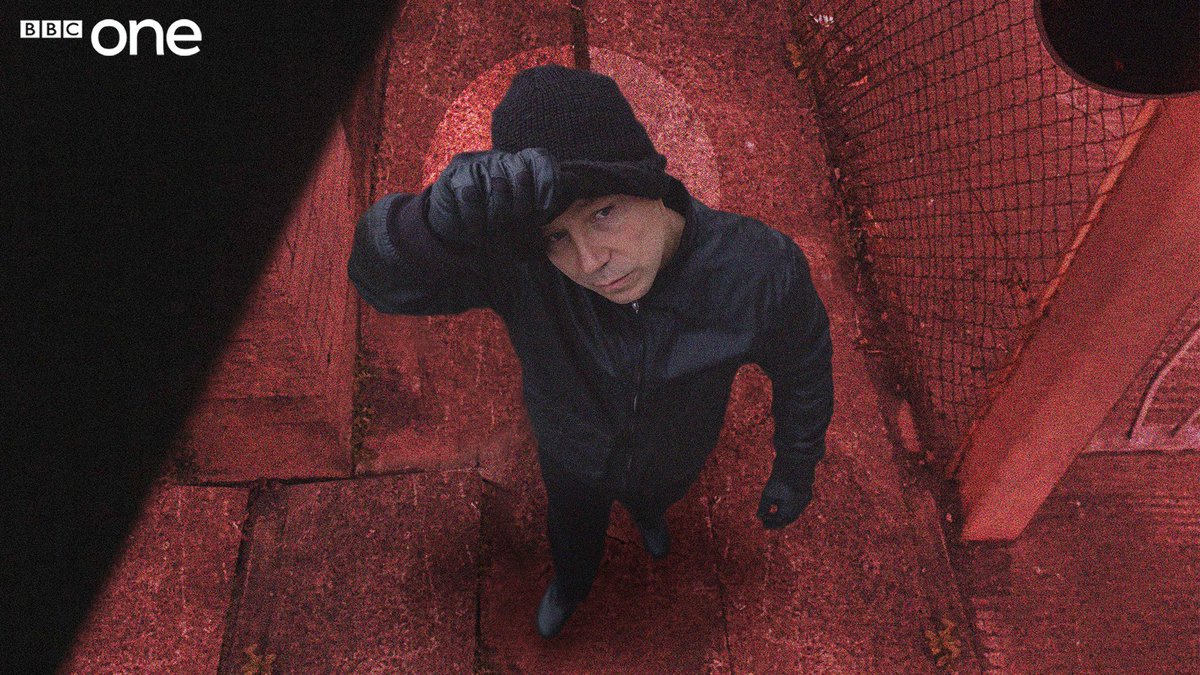 As expected, lead stars Vicky McClure (DS Kate Fleming), Martin Compston (DS Steve Arnott) and Adrian Dunbar (Supt. Ted Hastings) are back. However it’s unclear yet what the future holds for each of the characters.

The series four finale saw Arnott in a bad way after his encounter with balaclava man, while Fleming was facing a change of role in the unit after her cover was blown. Meanwhile Hastings is still a potential contender for being the mysterious H, despite ACC Hilton’s apparent suicide.

Vicky said: “I absolutely love working with Martin and Adrian, and Jed has without a doubt stepped it all up a gear this series. His writing just gets better and better.

“We have lots of great new cast members and I’m over the moon Stephen is on board, he’s a good friend and one of the finest actors. I’m already excited for the twists and turns to hit the screens. "

Martin said: "I’m absolutely delighted to be back with the AC-12 family, brought together once again by the phenomenal scripts of Jed Mercurio.

“A huge part of the show’s success over the years is the incredible guest stars we’ve had and this year is no different. It’s an absolute joy to be working with Stephen Graham again—someone I’ve always looked up to as an actor. He’s a brilliant addition to the Line Of Duty team. It’s gonna be explosive.”

Adrian added: “Every time we open the scripts and every time Jed does it again. It’s great to be back with my Belfast family, even if the children appear to be a little wayward…"

Who else is appearing?

What else do we know?

Filming of the six-part series five is currently underway in Belfast.

Series four of Line Of Duty was the Bafta-nominated crime drama's most successful yet, airing for the first time on BBC One where it attracted an average audience of 8.2 million viewers.

The finale was the programme’s highest rated episode with a consolidated figure of 9.9 million viewers, placing it among the top five dramas of 2017 across all UK channels.

The most watched series of the decade comes to a conclusion this year, with the final season of Game of Thrones airing on the 14th of April (15th for us in the UK) across 6 episodes,…

'They all came out to win': Everything you need to know about All Together Now Celebrities
By Vickie Scullard

This year’s surprise hit TV show All Together Now is back—starting with an all-star celebrity version for Christmas. And one of the returning judges in The 100, Christopher…

Doctor Who: 8 of the best Matt Smith episodes
By Tom Chapman

We’re hopping back in the TARDIS to chart another era of Doctor Who. The BBC’s long-running sci-fi series has had plenty of stars take up the titular role over the years,…

The winds of winter are blowing as HBO brings Game of Thrones to an end in 2019. Seven seasons of the Seven Kingdoms have gifted us some brilliant performances from some of the best…

The latest Doctor Who series has come to a conclusion, with many fans loving the new change in direction for the BBC programme, which saw Jodie Whittaker take the title role. While…

10 famous faces that appeared in Doctor Who
By Tom Chapman

These days, it isn’t just the likes of Jodie Whittaker, Peter Capaldi, Matt Smith, David Tennant, and Christopher Eccleston who hog the limelight of Doctor Who. The long-running…

10 best Doctor Who companions of all time
By Tom Chapman

As Jodie Whittaker makes history as the first (technically) female iteration of Doctor Who, another eclectic cast of companions joins the Doctor on a trip through the cosmos. The Chase’s…

HBO epic Game of Thrones is known for turning George RR Martin’s cast of colourful characters into their screen counterparts. While the likes of Jon Snow, Daenerys Targaryen,…

10 scariest Doctor Who baddies of all time
By Tom Chapman

Doctor Who will always been remembered as a teatime terror that can scare adults and children alike. With the Doctor hurling around the cosmos in the TARDIS since 1963, we've met…

The hotly-anticipated adaption of Agatha Christie’s ABC Murders will air this Christmas, the BBC has revealed. John Malkovich leads the star-studded cast in the hour-long drama…

With HBO beautifully adapting George R.R. Martin’s world of Westeros for Game of Thrones, fans have enjoyed seven swashbuckling seasons of bloody wedding and beheadings. While…

‘The Circle was better than therapy’: Freddie Bentley on life after the Channel 4 show
By Vickie Scullard

Love him or hate him, you can’t deny Freddie Bentley made the biggest impact on The Circle. From the moment he entered his swanky apartment, the 21-year-old took no prisoners,…

Doctor Who review: It Takes You Away 'a series highlight'
By Dave Sewell

For the second week running Doctor started off with plenty of horror, only to veer off in a completely different direction. This time, though, it worked—thanks to a story that…

A model who describes herself as the "most eligible bachelorette" after three divorces is hoping to find the man of her dreams on First Dates. Chrissie Wunna, 37, admits…

The wide world of Westeros is kept alive by fandom and the various theories on where Game of Thrones will go in Season 8. With only six episodes left, there are sure to be some leftover…