Royal baby: What will Prince Harry and Meghan Markle name their first born?

Early favourites have emerged for the name of the next royal baby, following news that Meghan Markle is pregnant.

And despite Prince Harry being a the most laid back, down to earth royal, it’s still traditional names that top the bookmakers’ odds list.

Victoria, James, Arthur and Alice are all dominating the betting for the couple’s first child, which is expected to arrive in spring 2019.

Diana—a nod to Harry’s late mother—is also a firm favourite with some bookies.

Kensington Palace tweeted the news earlier today, posting: “Their Royal Highnesses The Duke and Duchess of Sussex are very pleased to announce that The Duchess of Sussex is expecting a baby in the Spring of 2019.

“Their Royal Highnesses have appreciated all of the support they have received from people around the world since their wedding in May and are delighted to be able to share this happy news with the public.”

Twitter went into meltdown with well-wishers offering congratulations to the couple.

Rumours about whether Meghan is pregnant have been circulating since Princess Eugenie’s wedding to Jack Brooksbank on Friday.

The 37-year-old wore a long, buttoned up coat over her dress, leading to speculation across social media about whether she is with child (see image below).

What are the odds?

The firm make it 10-11 that the baby will be a boy, narrowly ahead of a girl at evens.

Betfair is offering a trio of names at 12/1—Diana, Alice and Arthur—followed by Edward and Elizabeth at 16/1, then James 18/1.

Paddy Power is offering Diana at 8/1 followed by Alice and Arthur at 12/1. 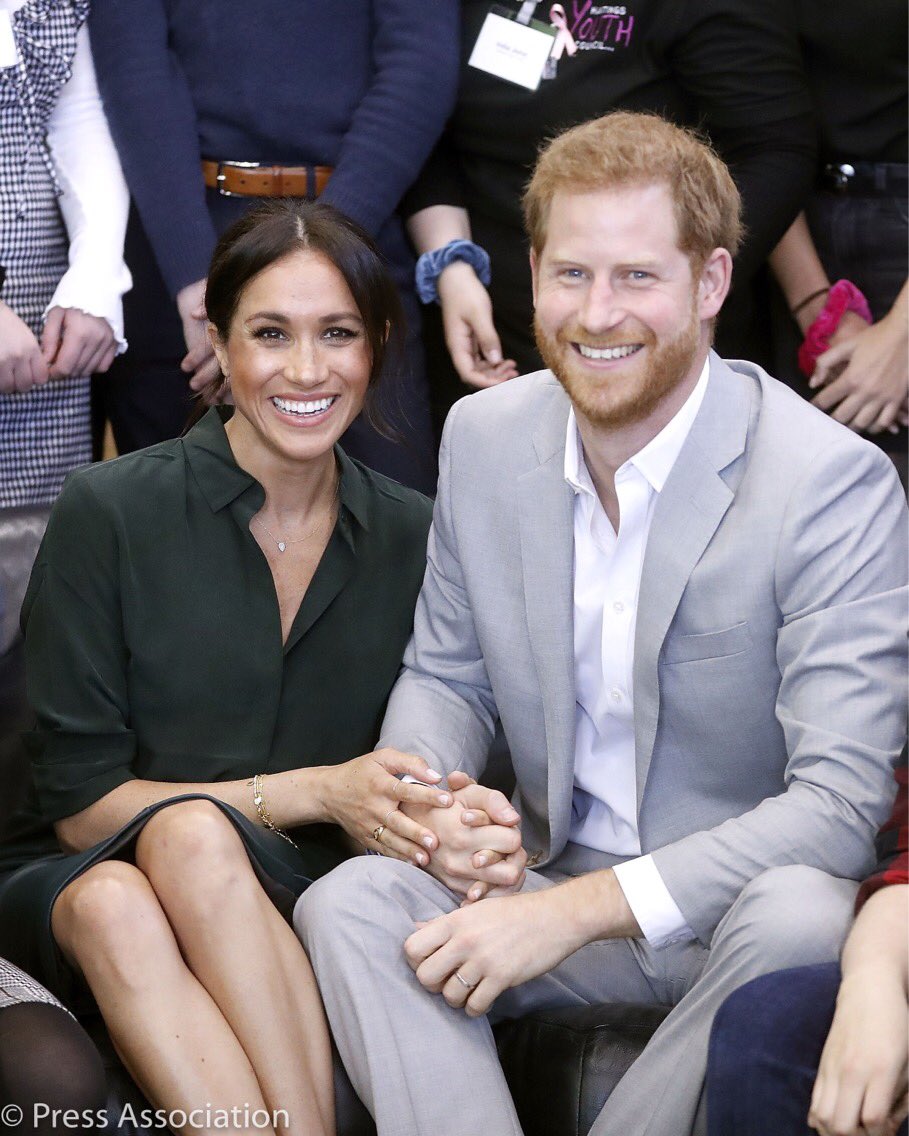 Kensington Palace
KensingtonRoyal
Follow
Their Royal Highnesses The Duke and Duchess of Sussex are very pleased to announce that The Duchess of Sussex is expecting a baby in the Spring of 2019. https://t.co/Ut9C0RagLk
Follow
08:39 AM - 15th Oct 18
27672
82720

A primary school is battling with the likes of Ariana Grande, Mariah Carey and X Factor winner Dalton Harris to bag this year’s Christmas number one. Pupils and staff at Flakefleet…

Royal baby: When is Prince Harry and Meghan Markle’s first born due?
By Vickie Scullard

The pregnancy’s only just been announced but already speculation about the royal baby’s birth date is dominating specials betting markets. Bookmakers have slashed the odds…

She may have missed out on the breakfast show gig but Sara Cox is at the front of the queue for BBC Radio 2's drivetime slot. Bookmakers have made the Bolton DJ the instant,…

It's gonna be a scorcher! Record breaking temperatures predicted for May Bank Holiday
By Vickie Scullard

Sick of the hot weather yet? Well it’s not going anywhere so you better get used to it. And the bookies think that this weekend will bring even hotter temperatures to the UK.…

Royal wedding: Here's a round up of TV coverage for Prince Harry and Meghan Markle's nuptials
By Vickie Scullard

The royal wedding is only days away and terrestrial and satellite channels are competing to offer the best and most interesting coverage. All eyes will be on Prince Harry and Meghan…

Fans of the royal family are getting their bunting out for the wedding of the year as Prince Harry and Meghan Markle prepare to walk down the aisle. TV channels are rubbing their hands…

He may have completed the biggest challenge of his life—but the journey has only just begun for Simon Kindleysides. The father-of-three, who is paralysed from the waist down,…

We don't have a Prince Albert... but we could have a King Louis
By Vickie Scullard

Phew. Are we all grateful we don’t have a Prince Albert? The Duke and Duchess of Cambridge have named their third child Louis Arthur Charles, Kensington announced today. But…

Could the royal baby really be called Prince Albert?
By Vickie Scullard

While the world awaits the name of the royal baby, Twitter has gone into overdrive after news that it could be called… Prince Albert. The fifth in line to the throne, who was…

Brave pensioner steals the show in new documentary about Camilla, Duchess of Cambridge
By Vickie Scullard

A new documentary about Camilla Parker Bowles aired on ITV last night. But Prince Charles’ wife totally got overshadowed by an amazing elderly woman who tells the royal,…

As you may have heard, the royal baby made his appearance on St George’s Day, weighing 8lbs 7oz. And whether you’re a fan of the royal family or not, the bookies are being…

They royal baby is due any day now and for the first time since the announcement, one sex is emerging as the most popular with eager fans. According to the bookies, it looks as if…

Whether you’re a royalist or not, you can’t help but secretly love Prince Harry. He’s the guy blokes want to go to the pub with, the guy women want to date, and the…

Prince Harry and Meghan Markle to invite 2,640 members of the public to their wedding
By Vickie Scullard

Royal family fans, take a deep breath… Prince Harry and Meghan Markle are inviting 2,640 members of the public to attend their wedding in May, hurrah! In a press release from…

The Spice Girls WILL attend the wedding of Prince Harry and Meghan Markle, Mel B has confirmed. And Scary Spice all but confirmed that the girl group would perform at the royal…